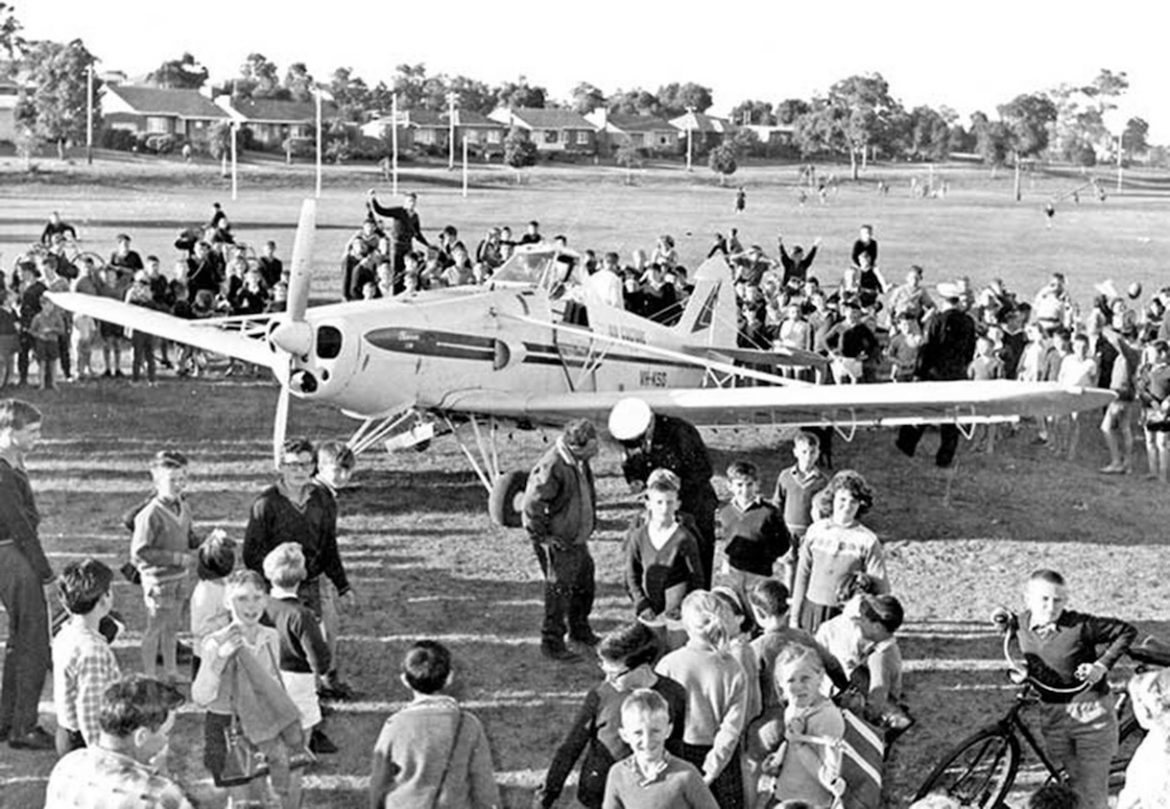 July 2020 marks the 55th anniversary of a forced plane landing on the Winnacott Reserve oval in Willagee. 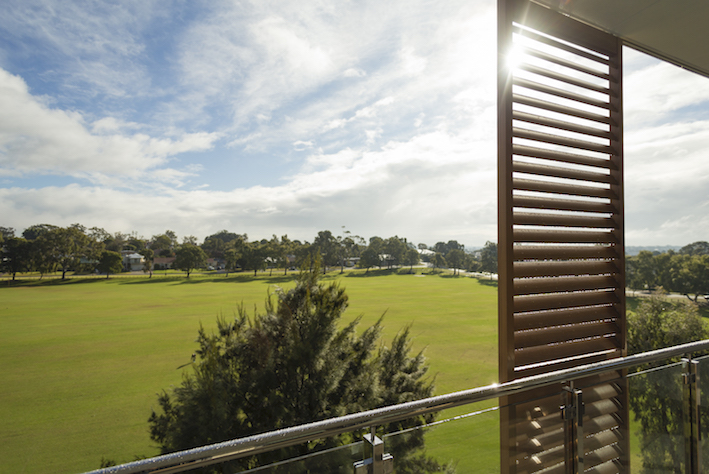 According to Geoff Goodall’s Aviation History Site, a plane (Pawnee 235 VH-KSD) was leased by Air Culture from Duttons Aerial Sowing in NSW. On 16 July 1965 it suffered the humiliation of a forced landing. What appeared to be a spacious green landing spot was in fact Winnacott Reserve in Willagee. It was a miracle that there was no damage to the plane or injury to the pilot or bystanders.

The historical photo shows the Air Culture pilot giving his details to a policeman, surrounded by excited kids who had finished school for the day.

Jean, a long standing Willagee resident of over 60 years, who was there on the day and recounts her story.

“I heard the sound of a plane that sounded very close, so I went outside to investigate. As I looked up I saw the plane start to glide down towards the oval – it looked like it had run out of fuel. It was lucky the plane landed when it did – half an hour later and the oval would have been full of kids that would have just finished school”. Jean said.

After 55 years the oval is still there, with a lot of the existing trees that surrounded the oval – they’re just a bit bigger now.

A lot of the existing homes still adjoin the northern side of Winnacott Reserve and Alchera Living’s new over 55s apartment complex, The Reserve, is on the southern side. The parkside views from apartments would have provided a great view of the landing over half a century ago.

“This 55-year milestone marks a memorable event in Willagee’s history. It is certainly out of the ordinary that a plane landed on the Winnacott Reserve oval never mind it being, just as the kids were about to finish school for the day. While the oval hasn’t changed much, Willagee definitely has, with major revitalisation in recent years. Being a well-connected suburb, just 12km south of Perth and 10 minutes to Fremantle, it has proven to be a popular spot to live. Willagee offers something for everyone. The new housing, retirement villages, aged care accommodation, land development and shopping centre expansions in the past couple of years have transformed the suburb. For those who haven’t seen the new face of Willagee now is the time to see it for yourself”. says Alchera Living’s CEO, Alan Marshall.