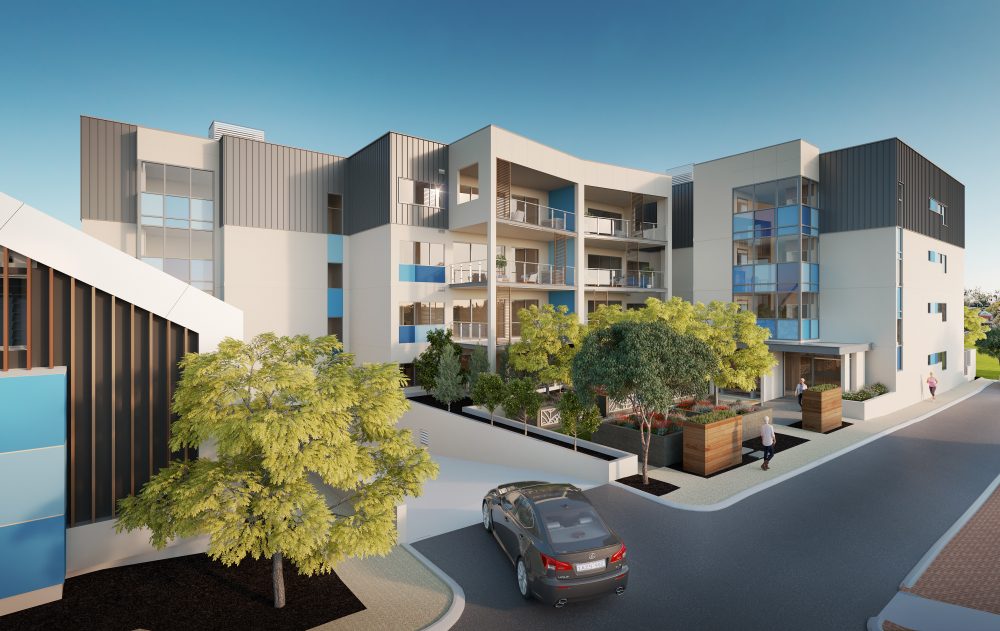 The redevelopment of Weeronga, which opened in 1975, also marks the first time in Perth that a major real estate agency has been appointed to manage retirement village project sales.

“Colliers has been advising retirement village operators for several years and with WA’s population ageing, we see the sector as a growth area that dovetails with our apartment division,” Mr Vu said.

“With large balconies and a range of floor plans, we are expecting strong demand for these spacious apartments from older residents looking for affordable housing in a village setting,” Mrs Ferraz said. The apartments will be next to Winnacott Reserve and will range in size from 99sqm to 120sqm. Sales are expected to start in the third quarter of this year. The development will be managed by Total Project Management’s Edward Neville who said the team working on the redevelopment would deliver a successful outcome for Alchera, its residents, and the wider community.

The Weeronga redevelopment was approved by the Metro Central Joint Development Assessment Panel on April 19. Alchera Living has additional plans for a new gym, an indoor heated swimming pool, and upgrades to other communal facilities.

Located at 40-44 Worley Street in Willagee, Weeronga is one of four independent living retirement villages operated by Alchera Living, a not for profit organisation which evolved from the City of Melville Aged Persons Homes Trust.